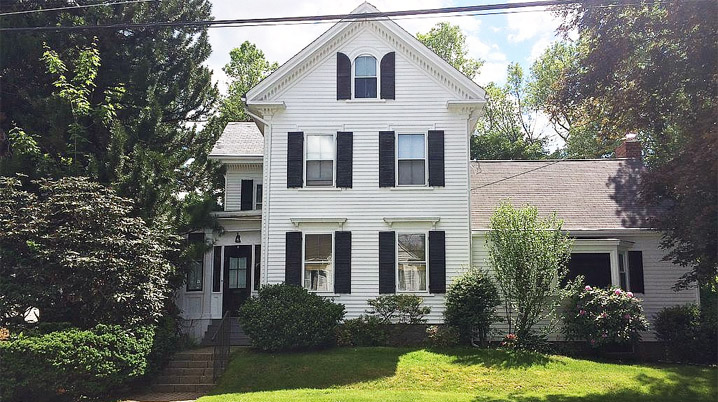 The house at 9 Popular St. has the vernacular “gable with ell” form that became quite popular from the middle of the 19th to the early 20th Century. Facing the gable end to the street made it possible to build houses with adequate side yardage on small square lots. In the side ell design, the front entryways were generally placed on the side porch rather than the front of the house, distinguishing them from the earlier Greek Revival era.

Ownership of the lot

Captain Ebenezer Caldwell purchased the John Calef house at 7 Poplar Street, along with several acres of land, and built a spacious mansion at 25 Poplar St..

The Captain’s daughter Mrs. Clarissa Caldwell sold a building lot out of the Caldwell land to Mr. William Seward Oct 15, 1873 (Salem Deeds site, Book 895 Page 191) in consideration of $50.00, in which Seward built the house at 9 Poplar St. The house is shown in the 1884 Ipswich map, under the name “W. Seward.”

The invention of machine-made nails and the distribution of standardized lumber after the advent of the railroad made balloon framed houses very popular, replacing the labor-intensive mortises and tenons used in post and beam construction.

Architectural books and popular magazines promoted and sold varying designs based on this layout, along with the sale of prefabricated decorative elements. The exteriors of many were embellished with Italianate and Victorian themes. Vernacular Italianate elements in New England include ornamented windows and doorways,wide bracketed roof overhangs and a frieze at the top of the side walls. Inexpensive glass made it possible for Italianate window sashes to be the first to use single or two-over-two glazing. The arched attic window and bracketed lintels over the first floor windows are also common for this era.

Houses with the gable and ell form are found throughout 19th Century neighborhoods in Ipswich. Examples include:

The house at 9 Poplar St. is on part of a larger lot that was granted originally to the Rev. William Hubbard (1621 – September 24, 1704). Born in Ipswich, England, he arrived as a teenager with his parents in Boston. He graduated from Harvard and was ordained. 1656, July 4th, 1656 he was “desired to preach for the Society here, as colleague with Mr. Cobbet,” became assistant minister and afterward pastor of the First Church in Ipswich, a post he held until just a year before his death.

An historian, he wrote “A History of New England,” chiefly indebted to the Journal of Governor Winthrop, and “A Narrative of Troubles with the Indians.” His first wife was Margaret , the daughter of the Rev. Nathaniel Rogers . She was a lady of excellent reputation. He had three children, John , Nathaniel , and Margaret , who m. John Pynchon of Springfield . His last wife, Mary , was living in 1710 , when his people administered to her necessities.

“The fine estate, now owned by Mr. Gustavus Kinsman, belonged by the original grant apparently to Mr. William Hubbard. He had erected a house and was dwelling there in 1638 (Ips. Deeds 1:14). His son, William, was a member of the first class that graduated from Harvard College in 1642. He entered the ministry and became the colleague of Mr. Cobbet in 1656; married Margaret, daughter of Rev. Nathaniel Rogers, and made his home in the old homestead. Financial reverses came upon him and he made conveyances of his property to secure his creditors. He was obliged finally, to execute a deed of sale of his “Messuage Tenement . . with the orchard, Garden and pasture behind the same and Cornfield before the same containing by Estimation Seven acres, with other lands,” to John Richards, agent of Major Robert Tompson of London, March 5,
1684 (Ips. Deeds 1: 10; 4: 182).

A century later, Robert Thompson of Elshani, Great Britain, sold Mr. John Heard, the same lot, June 16, 1788 (149: 206). Mary, daughter of John Heard, sold Augustine Heard, her brother, with the barn, called the “Pincin Close” Sept. 1,1838 (329: 233), and Augustine Heard sold the lot, “commonly called the Pynchon lot,” to Capt. Ebenezer Caldwell, on Nov. 1, 1851 (452: 104). Capt. Caldwell erected the spacious mansion and occupied it until his death. His heirs sold to Mr. Gustavus Kinsman. No remembrance of the Hubbard homestead remains, but it is probable from the deed quoted, that it stood on the knoll, on which the present dwelling is built.

Mr. John Heard built the present Heard mansion, next the Meeting House of the South Church, and removed the old Calef house to the corner of the “Pinchem Close.” He sold it, with a quarter acre of land, to Ebenezer Caldwell, April 16, 1803 (179: 280). Samuel Caldwell conveyed this to his mother, Abigail, April 24, 1826 (242: 69). One half of it is still the home of the Caldwell heirs. Mrs. Clarissa Caldwell sold a building lot out of the “Close” to Mr. William Seward, Oct. 15, 1873 (895: 191), on which he erected a residence, next the Caldwell house above mentioned, and on another lot, sold from the ancient Hubbard Close, Mr. George H. Green built the residence next in line.” 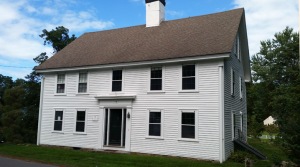 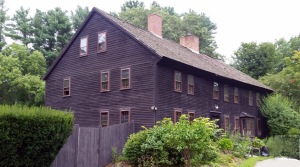 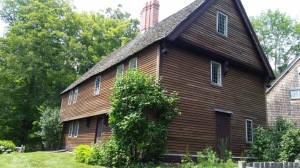 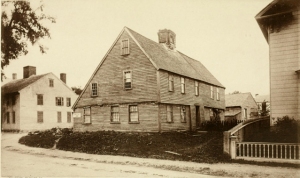 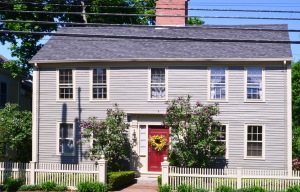 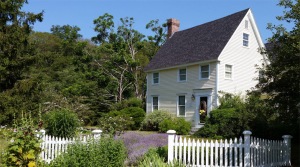 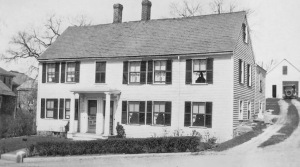 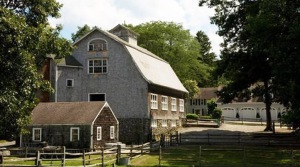 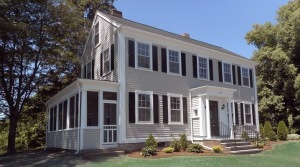 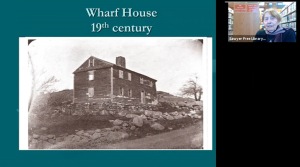 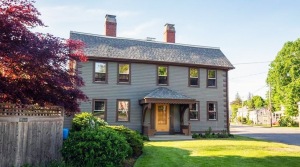